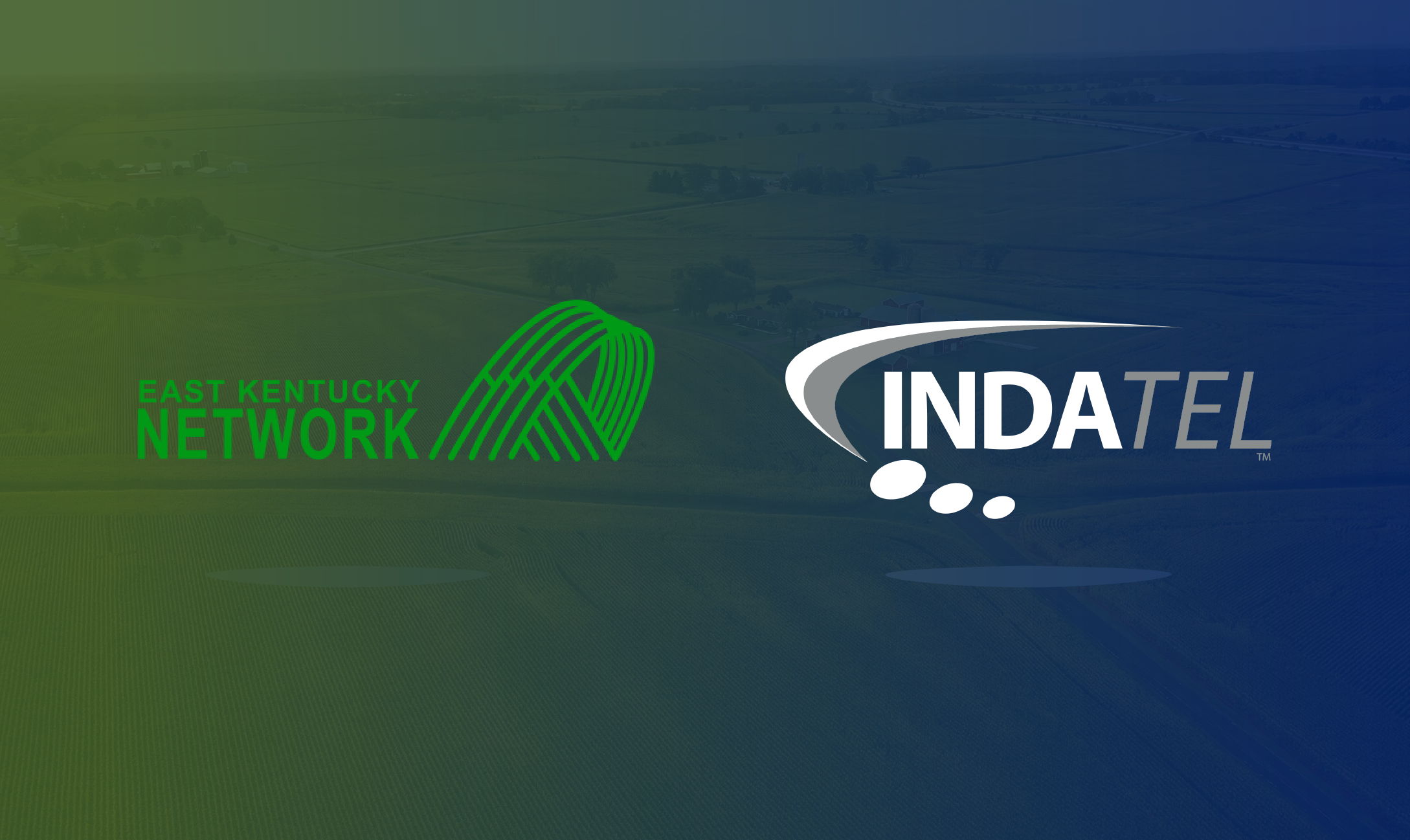 Overland Park, KS – August 10, 2022 – INDATEL is pleased to announce the addition of East Kentucky Network to our member family.

East Kentucky Network (EKN) was formed in 1991 when Appalachian Cellular and Kentucky Cellular partnered to establish wireless communication services in the foothills of eastern Kentucky in the early days of cellular. In 2000, the East Kentucky Network fiber ring, utilizing a Nortel OPTera 3500 OC-48 system, was established as well as Appalachian Wireless, an Eastern Kentucky Networking company. From 2005 to 2016, their team focused on adding additional technology, including multiple DWDM/ROADM systems to keep up with the increasing demands for broadband and Ethernet services in the region.

Since then, EKN has expanded and innovated to bring cutting-edge wireless services to Eastern Kentucky, Appalachia, and beyond, boasting over 7,500 combined fiber miles, a 16,700 sq. ft. data center, and a redundant 400 mile fiber optic ring network. They have enhanced their network by establishing 100 Gbps connectivity to the main internet colocation/peering hotels in Chicago and the Washington D.C. area and will soon be in Atlanta.

“We became aware of INDATEL through past projects and working through some of our partners in INDATEL transactions,” says John Willoughby, Data and Enterprise Solutions Director at EKN. “It quickly became evident that we wanted to become a part of INDATEL and what they’re doing in bringing the fiber community together.”

Jamie Thacker, Technical Operations Director at EKN, states that their team had been working with INDATEL for a number of years on various projects and had had many conversations before they became a member. “INDATEL has always been wonderful to work with and has brought us some great opportunities for us and our partners,” Thacker explained.

When asked about EKN’s goal for their INDATEL membership, their team looks forward to networking with other leaders in the telecommunications industry. “INDATEL will help us share best practices with industry providers and will give us the opportunity to connect with organizations across the country that we can share that knowledge with,” says Willoughby. Their team also recognizes that the marketing potential INDATEL provides will enable them to build awareness and improve their market presence long term.

Additionally, Thacker explains that INDATEL provides significant value from a technical standpoint. “It was great attending the Symposium in June to talk with people who feel similar pain points to us,” he states. “We enjoyed talking to vendors in this space on different types of equipment or services that would be beneficial for accomplishing our goals. Some of that information will help us move forward faster.”