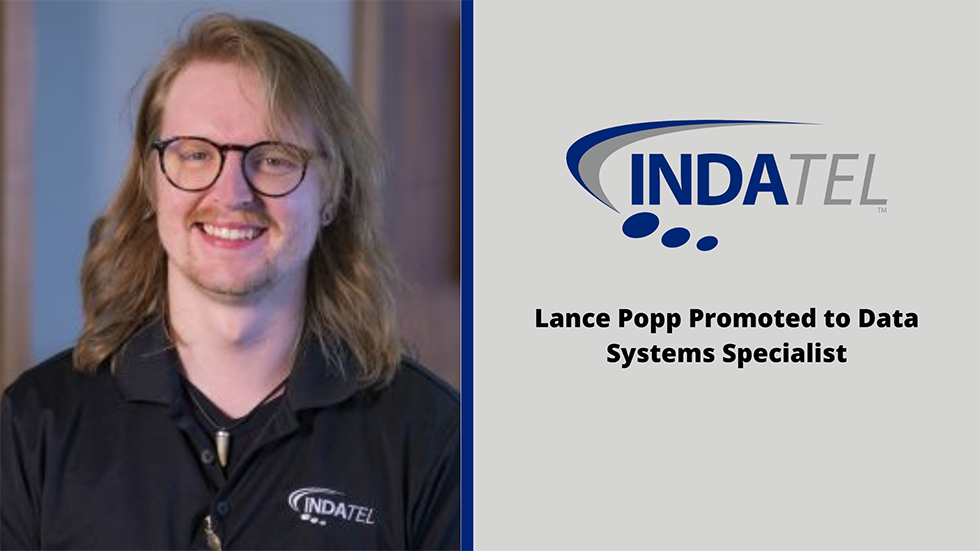 Overland Park, KS – June 14, 2022 – INDATEL is pleased to announce the promotion of Lance Popp to Data Systems Specialist at INDATEL. Lance has been with the company for three years and previously served as Service Delivery Administrator.

Before joining the INDATEL team, Lance worked as Director of Training for a Kansas City-based sandwich chain. In that role, he traveled to the company’s new locations, helped train staff, and assisted with their grand openings. In addition, Lance has some education and experience in graphic design. When he started on the service delivery team at INDATEL, he began to get a feel for the telecom industry. “I really enjoyed learning the lingo and how things operate, as well as what’s important in each stage of the process,” Lance said.

Lance’s promotion is exciting for the INDATEL team, as it is a new role within the company. Lance will be tasked with working to clean up the new and old historical data, keeping it categorized and organized in all facets of the business, including orders, accounts, contracts, and more. Lance will also be responsible for researching best practices and implementing additional systems to ensure all information is captured and communicated effectively. In addition, Lance will gather data to compile reports for leadership and other team members to make more informed business decisions, evaluate INDATEL’s progress, and look at where we’ve been.

According to Lance, the transition to his new role has been smooth. Over the last month, he has successfully transferred his accounts to the other service delivery administrators, ensuring they acclimate with their new points of contact. “I am confident that all of my accounts are in good hands with the other service delivery administrators,” Lance said. “If anything, I think they’re excited for me to be in this new role to help make everyone’s job a little easier.”

Lance is optimistic and looking forward to accomplishing professional goals in his new role. One of these goals includes increasing INDATEL’s use of automation. He is also looking forward to continuing the integration with Neustar to make ordering through INDATEL easier for larger tier-one companies. INDATEL is hoping to have this completed by the end of the year.

“My biggest drive in any sort of job is the small-business atmosphere,” Lance said. “INDATEL has exactly that. Everyone must take ownership of their role, so you can be confident when you’re leaning on somebody else to do their part, and they can reciprocate that effectively.”

Outside of work, Lance spends a lot of time with his family. He has an eight-month-old and an eight-year-old son. His wife is a beekeeper and their eight-year-old also enjoys helping them take care of the bees and learning about the process. When he’s not beekeeping, Lance likes creating things, whether drawing, painting, or working with clay. 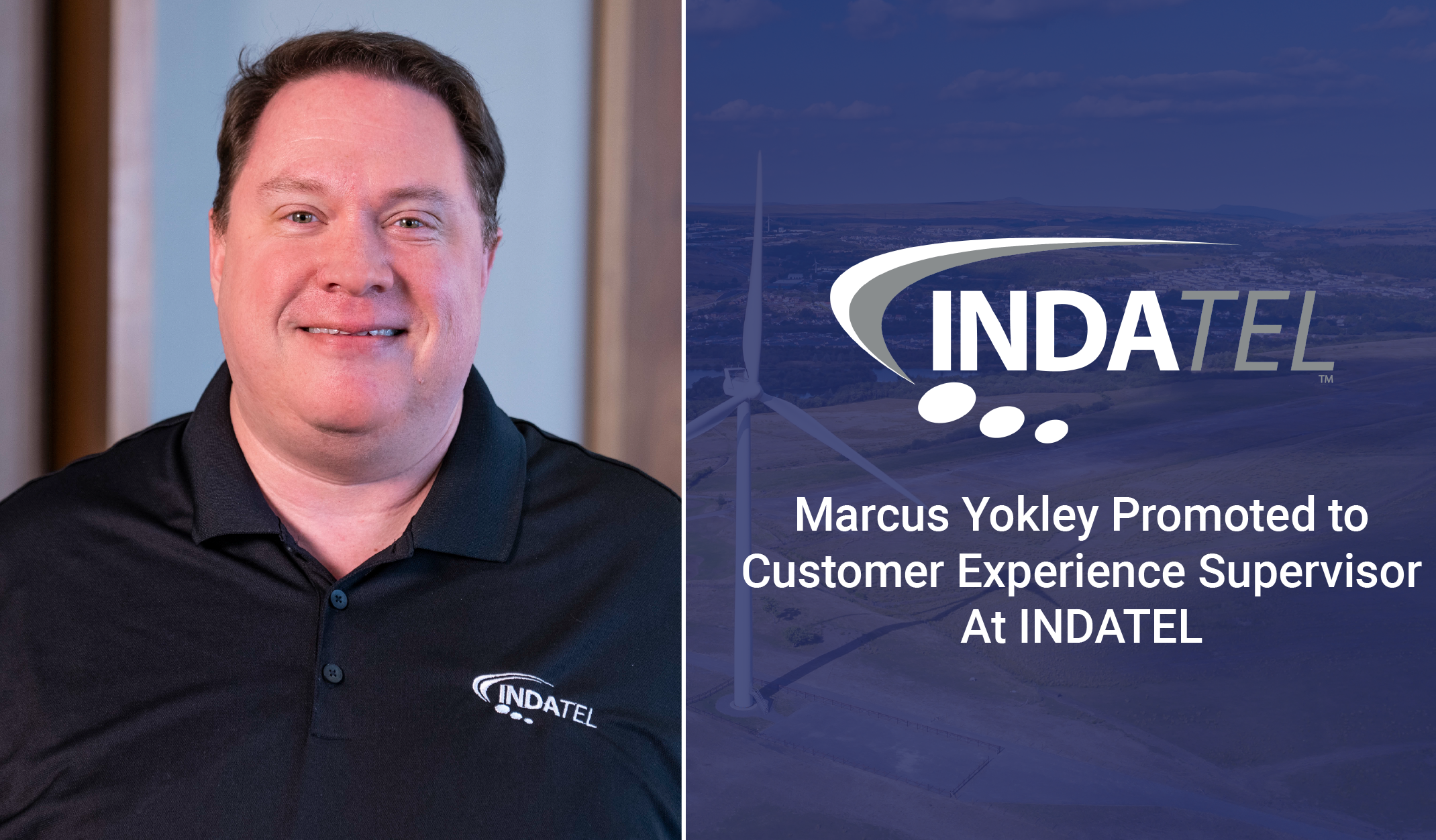 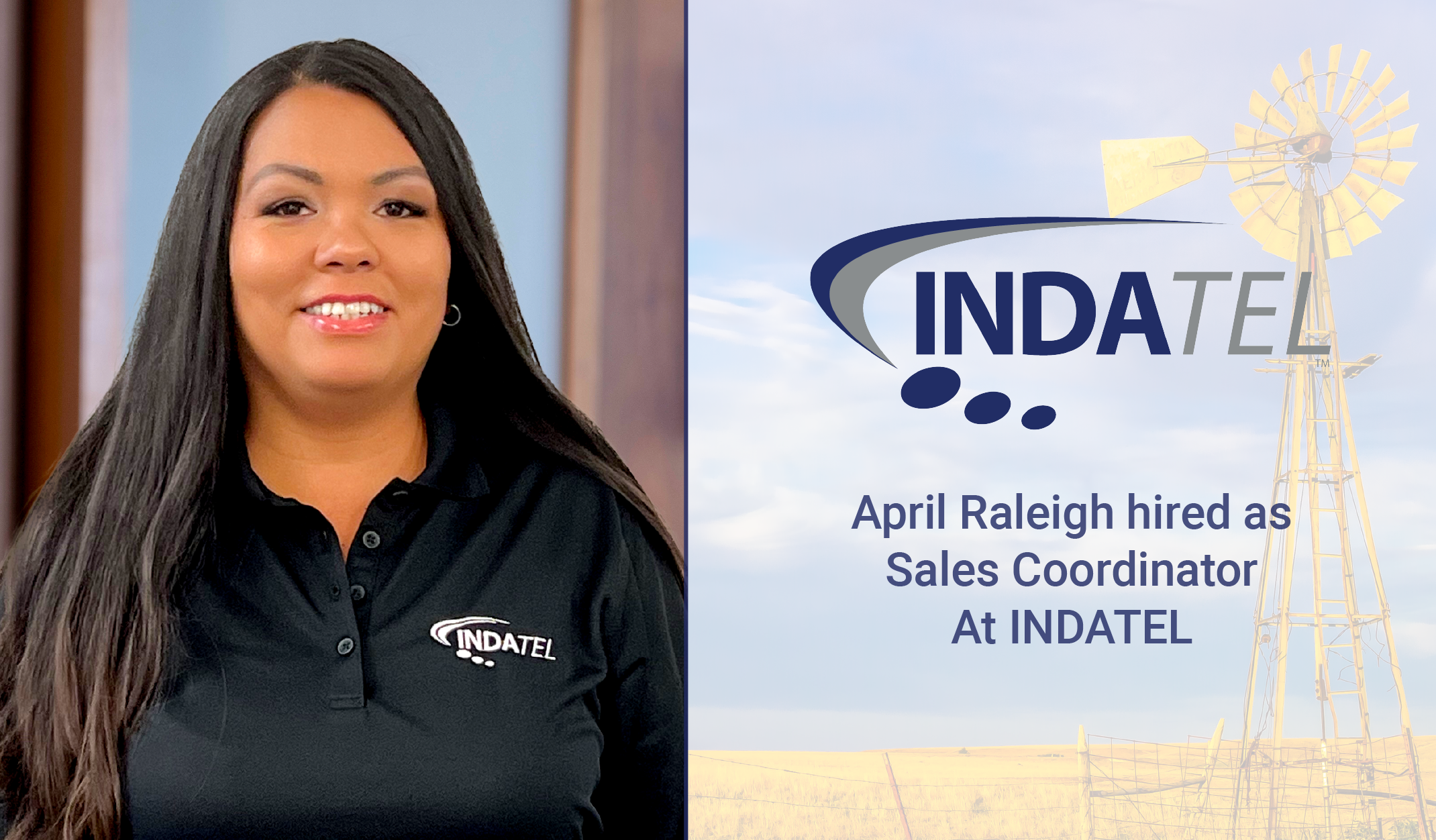